Last year I began feeling a concern that people’s increased adoption of supplemental zinc during Covid could perhaps result in lowered levels of copper. And to my surprise, as I measured trace minerals, I found a correlation between raised serum zinc and lowered copper levels in some of my patients.

In the past my integrative health training continually cautioned me to the dangers of copper toxicity, but somehow I missed the message that copper was essential for good health. Clinical curiosity inspired me to do more research which led me to discover some surprising facts about the role of copper.

The concerns around copper toxicity have been taught for years. However, I have yet to see a case of symptomatic toxicity, and many of my patients appear to have low to low-normal ranges. This is probably because most of us no longer have copper pipes and are not commonly eating foods high in copper – such as oysters and organ meats, which are decidedly unpopular (at least in my patient population).

Also, many of my patients have been compliant with zinc during Covid because it improves immune function (but consequently lowers copper). Interestingly, only a few of us would find we are free of all the symptoms noted in the resource linked above.  After seeing my own low-normal copper levels, I began drinking water daily from a copper vessel. This has been known to benefit health. I have noticed improved energy and mental clarity just from drinking the ionized water. 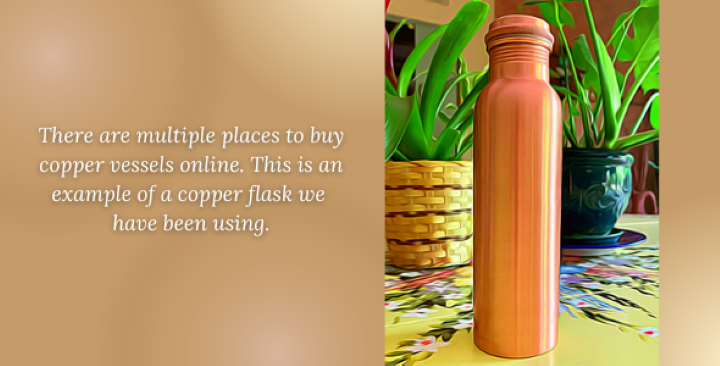 There is more information online about the ancient Ayurvedic tradition of drinking water from copper vessels. It is very important to have your trace mineral levels measured before supplementing with copper. However, drinking ionized copper water from a copper vessel could be considered safe and enjoyable, especially if you don’t have copper pipes or a copper-rich diet. Also, for those of you with arthritis, copper bracelets have been promoted for years as helpful and may be worth a try!

Mary Ackerley MD, MD(H), ABIHM is a classically trained psychiatrist and homeopathic physician who specializes in the holistic treatment of chronic fatigue, mold, chronic inflammation and mast cells. She can be reached through her clinic MyPassion4Health at 520-299-5694 or online at MyPassion4Health.com